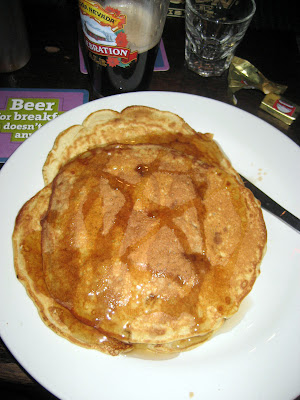 34 riders made it out for this years' Slick 50 Spring Class-Sick, and were treated to a new route, and new riders. Breakfast at the Triple Rock, featuring Kahlua pancakes, Guinness, and Jameson. 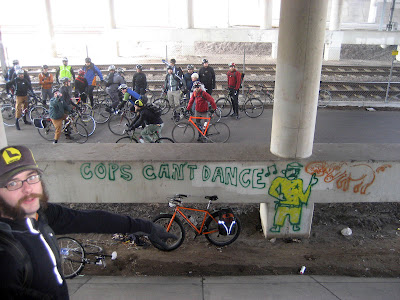 Group photo just after the start under the 94 bridge. 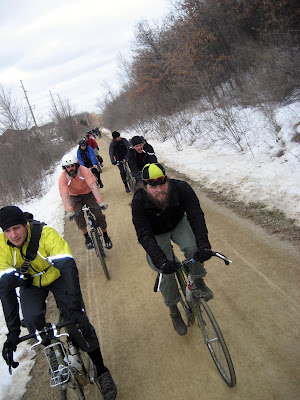 The Professor had the best tshirt of the day. [see ham photo below] 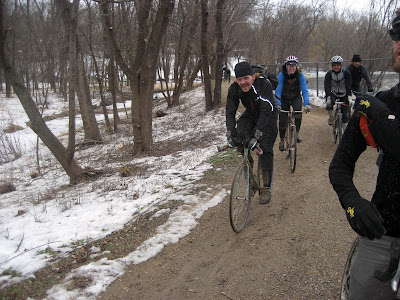 B-rad killed on the 23's all day, then peeled off to make a poker game in Golden Valley. 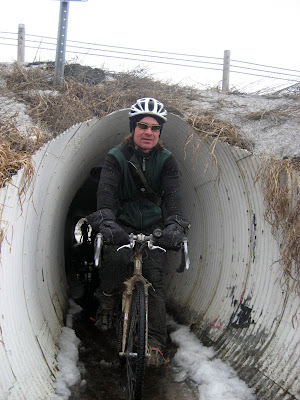 This tough motherfucker is Burleigh County Burns. He ran a 5k in the morning, before showing up for the ride. This tunnel lead to the days first... 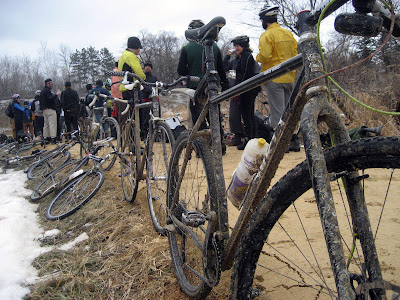 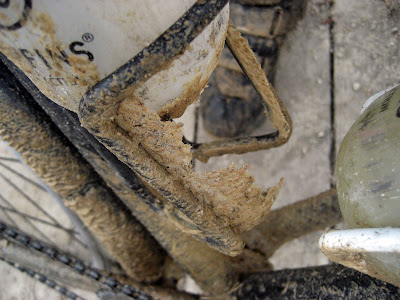 Temps did not get as high as last year which kept the peanut butter to a minimum, but it was still plenty crusty.

Playing catch-up in the slow, peanut butter slog after a nature break. 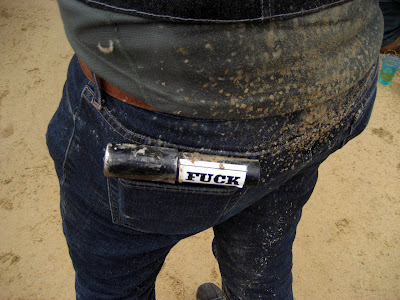 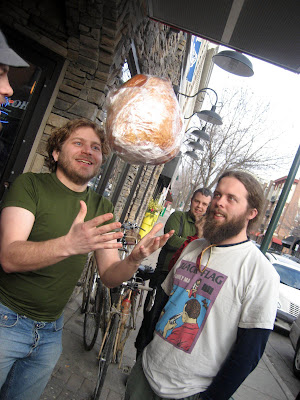 The ride culmintaed at the Hopkins Tavern, where they were holding a Meat Raffle. Landon won a ham. Everyone was in awe...

Thanks to everyone who rode. More photos HERE
Posted by TOMMY GUN at 11:20 AM

hurl, same mustache my dad had during the seventies. big, red, perverted